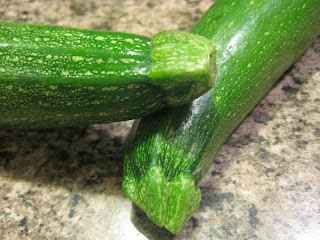 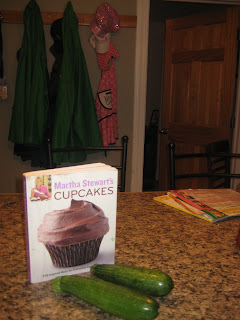 this is my first martha stewart cupcake club entry, so i figured i need to intro the book, and myself a little bit. you can tell a little about me by the pink & white polka-dot apron in the background and the oven mitt that says "domestic diva." the white hat with the pink minnie mouse was a gift (i don't really like disney much), and the pink sequined hat is what i hope to wear one day when i can dance like a hip-hop goddess.

on to the cupcakes!

paul grated the zucchini. at first i started peeling it, and then i decided i needed to shred it, until we decided that it indeed needed to be finely grated (and then drained). who knew the ways of preparing zucchini could be so complicated.

i halved the recipe, because we (who are playing "the biggest loser" with a group of friends), don't need 24 cupcakes lying around. halving the recipe also gets my brain working -- it's tough work remembering i need just 1 egg instead of 2 if i'm halving it, and only 1/4 a tsp instead of 1/2! critical measurements...

i wanted to use apple sauce instead of oil, but didn't have any applesauce. i guess work will get these tomorrow. 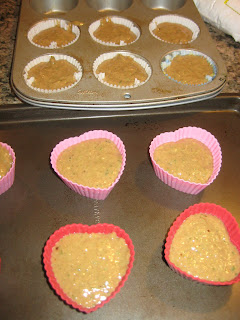 while the cupcakes baked (even though i halved it, they still needed the full 20 minutes), i washed. 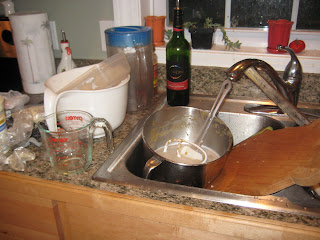 i took them out a few minutes before the full time, so they turned out a little gooey. not quite a cupcake, not quite a muffin, not quite zucchini bread. 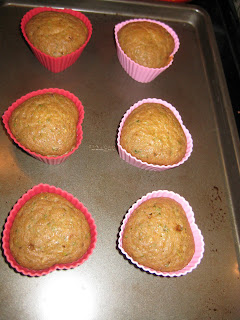 i didn't frost them because there was no cream cheese in the house, and again, we're trying to be big losers here. wish i could claim that these things were heart healthy... does being able to see the green zucchini specks count? 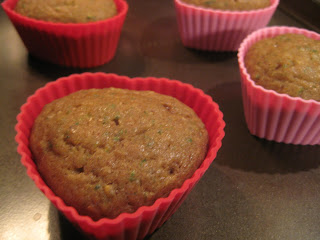 thanks to tracey of tracey's culinary adventures for choosing this month's recipe. next month kim of what the whisk chose pumpkin patch cupcakes. i can feel the chill in the air. i can't wait till it's my turn to pick...

Posted by Suzanne Lowell at 8:40 PM