word of mouth is starting to work. about a month ago i donated a cake to an on-line auction fundraiser for the Flynn. a few people bid on one of my cakes, and so far, at least three of the people who didn't win the bid called me anyway! one woman called because she was planning a surprise party for her husband's 60th birthday. he is a maple sugarer, so she wanted to pull that theme in a little bit, but since it was a fall birthday, and sugaring doesn't start until the spring, we went with more of a fall theme. here are the pics: 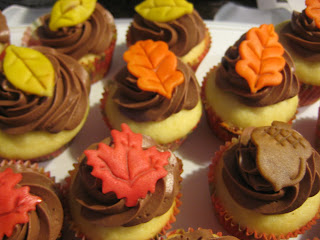 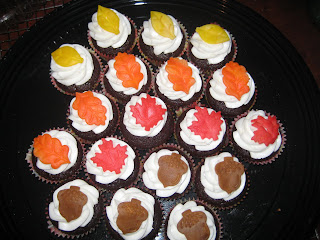 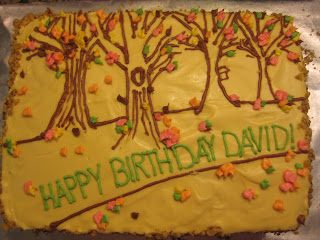 see the little sap bucket on the tree? 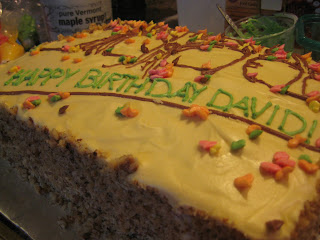 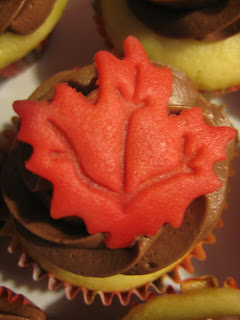